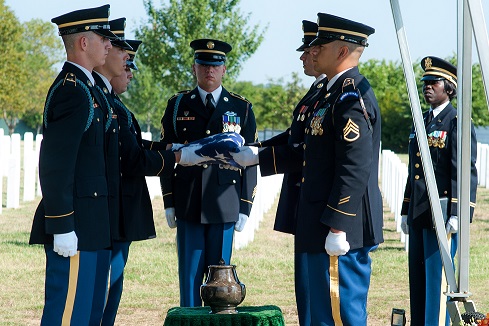 LOUi Consulting Group, Inc. is honored to pay tribute to the late Mr. Erich Brown. Due to health issues, Mr. Brown passed away in 2013 but his spirit remains with us. He was a devoted father of three children and a loving husband to Mrs. Lola R. Brown. In July 2013, Mr. Elias Rodriguez, President/CEO, LOUi Consulting Group, flew to Rota, Spain to meet with Mrs. Brown after his untimely death. During that visit, he presented her with a commemorative “MIJO” coin. The spirit of MIJO indicates that we honor those whom we love and cherish. For his service and dedication to our company, Mrs. Brown was presented the first “Enrich Brown Commemorative Coin” marked as number 001.

To us, a MIJO is one who stands on the steps of integrity and rises to the top of each mountain, knowing that along the way, he’s touched someone with favor. A MIJO makes a friend out of a potential enemy. He’s the bond that bounds loose ends and looks for opportunities to let others excel, while setting the backdrop for success. He’s not afraid to correct, not afraid to admit fault, and not afraid to fail, for these qualities highlight his experiences as one who understands how to stand tall in adversity. Erich Brown was the ultimate MIJO.

A retired Army Veteran, Eric was a talented professional, a respected coworker, and an admired friend. He served more than 20 years in Signals Intelligence and Electronic Warfare. After retirement, Erich served as a consultant and Information Technology (IT) professional whose guidance and expertise were sought after by all who worked with him. From 1993 to 2010, he worked for SAIC as a Software Specialist and Composite Health Care System Site Manager overseeing the implementation of the DOD’s Electronic Health Record in Nuremberg, Germany, Keflavik, Iceland, and Rota, Spain. During that period, Erich also served as a consultant to Nispernet S. L. where he assisted the company with placement of technically qualified personnel to meet the company’s IS/IT outsourcing requirements. After years of working with outpatient health care systems, in 2010 Erich serve as a Systems Administrator for the Essentris Inpatient Health Care System at Naval Hospital Rota, Spain. Two years later in September 2012, he joined Team LOUi. It was a great relationship from the start. Erich was a mentor to many of the Systems Administrators and Trainers that were part of Team LOUi. He routinely contacted fellow teammates to remind them he was standing by to support their success in any way. During those calls, he never failed to share a story or two which always sooth the anxiety of anyone facing new challenges within our European team. In particular, one of his co-workers stated that “he had wisdom well beyond his years and if you were smart enough to keep your mouth shut and your ears open, you would benefit from every conversation you had with him”.

As a friend, his sense of humor and disposition are dearly remembered. He had a calmness about him that accompanied his positive outlook on life. During his health challenges, he never complained; never called attention to his personal challenges. He remained positive, committed and dedicated. He was a MIJO and it showed in all he did. He is greatly missed.

On Wednesday, Sept 7, 2016, Erich was officially laid to rest in Arlington Cemetery, in Arlington, Virginia. Although we only had a few short months with Erich, we are proud to honor his legacy. We hereby continue our support to his family for the outstanding service provided to our company and this great nation. May this tribute and the MIJO coin in his honor be a lasting memory of our relationship with the Brown Family. 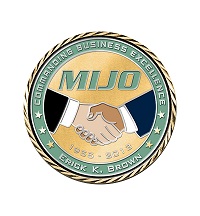 This email address is being protected from spambots. You need JavaScript enabled to view it.
Designed by LOUi Consulting Group, Inc
Top